Bring the family along and have fun at this Circus Event which will take place on the Town Square in Shildon on Saturday 3rd September,  from 11.00am till 3.00pm. 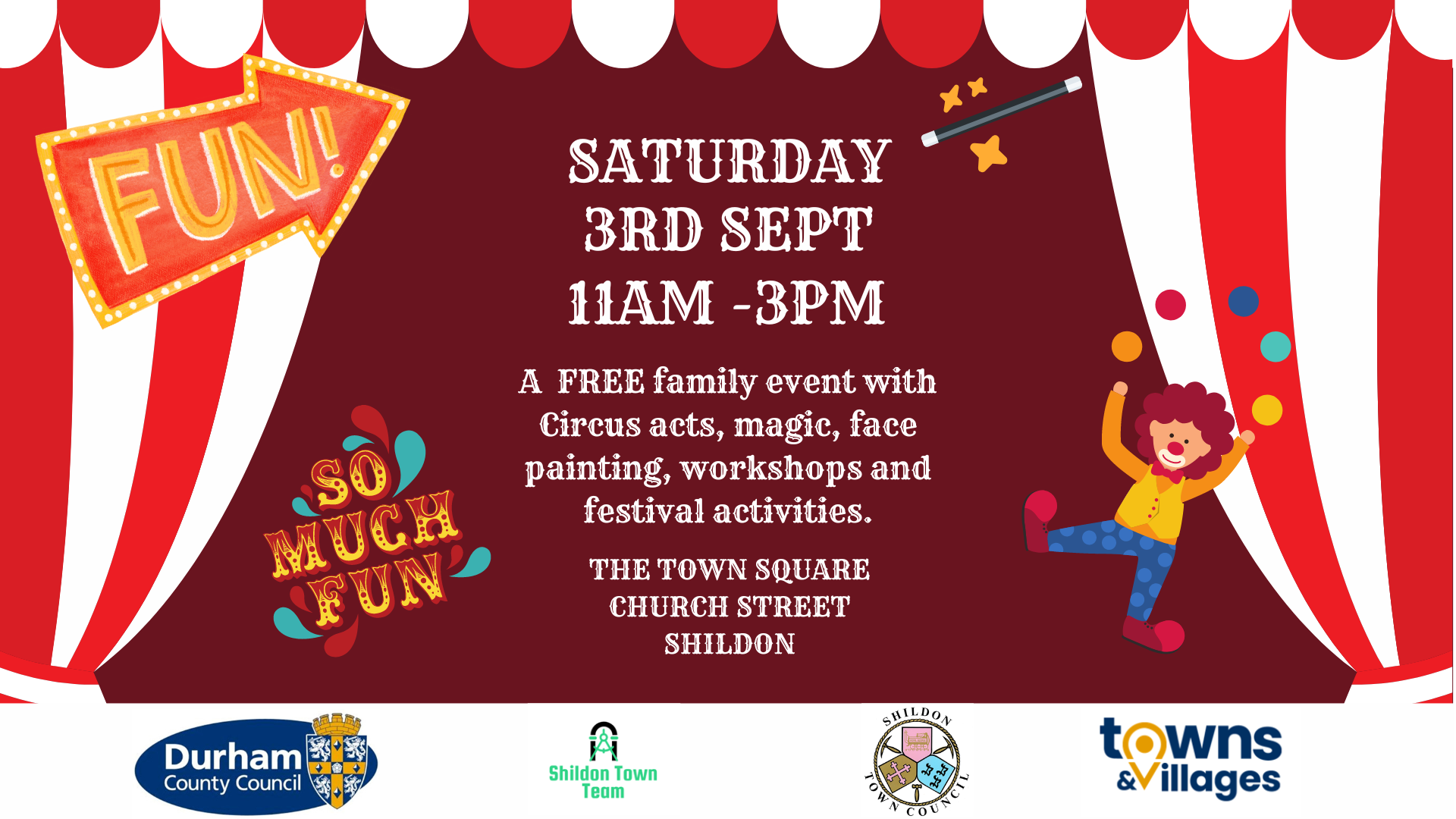 Thank you Shildon for supporting Shildon Town Council’s Fun4All event on Saturday 6th August.
We had a huge turnout on the day, with more visitors than we’ve ever seen.
Thanks go out to all the organisations, groups, charities and activity providers for their excellent service on the day.
Please comment and let us know if you enjoyed the activities on the day and any suggestions for next year.
We have taken on board that more catering vehicles are required for next year #FUN4ALL22
Pop the date in your diary for next year’s event which will be held on Saturday, 5th August 2023. 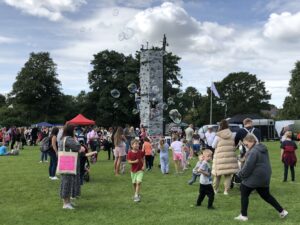 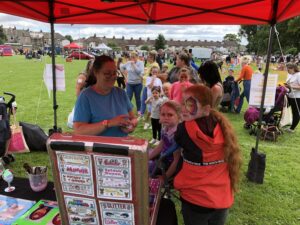 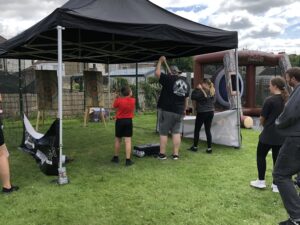 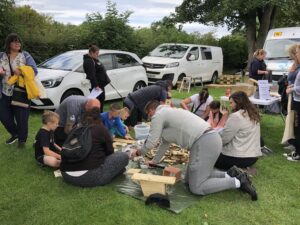 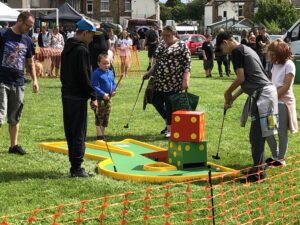 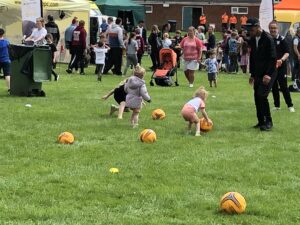 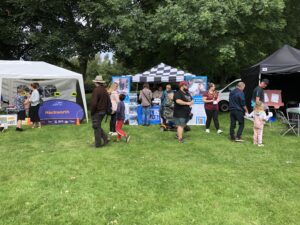 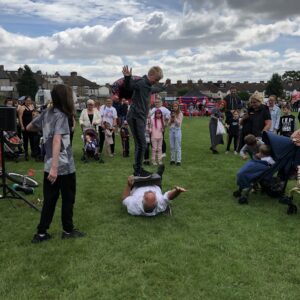 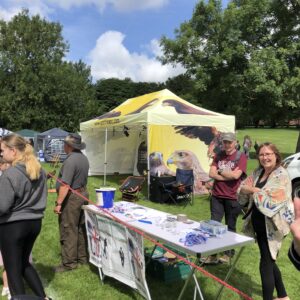 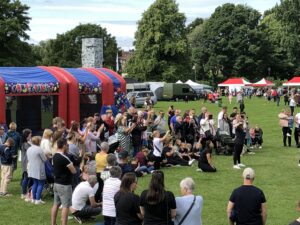 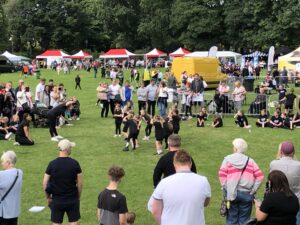 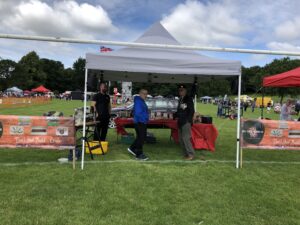 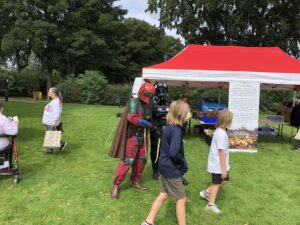 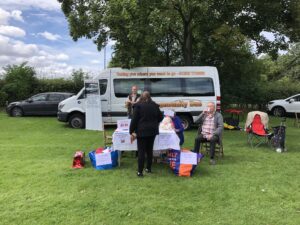 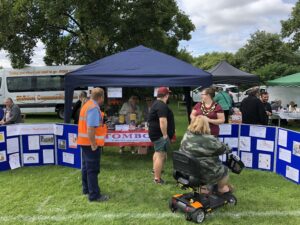 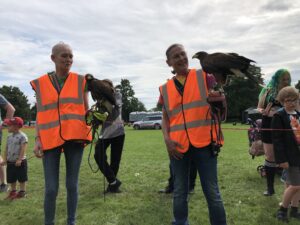 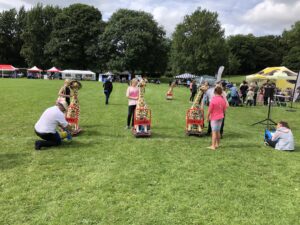 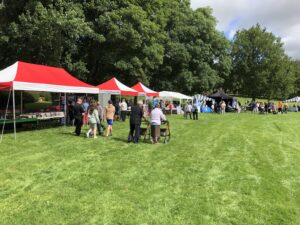 If you would like more information  on this new gardening course, please call Foundations on 07856 730408

Come along from 1.00pm this afternoon and view this years exam submissions from Greenfields students, featuring photography, fashion design and the creative arts, also introducing creative work from Thornhill Primary Pupils who were engaged in printing workshops with Laura Peaker Subject Leader – Visual Art Greenfields Academy, which are also included in the exhibition. 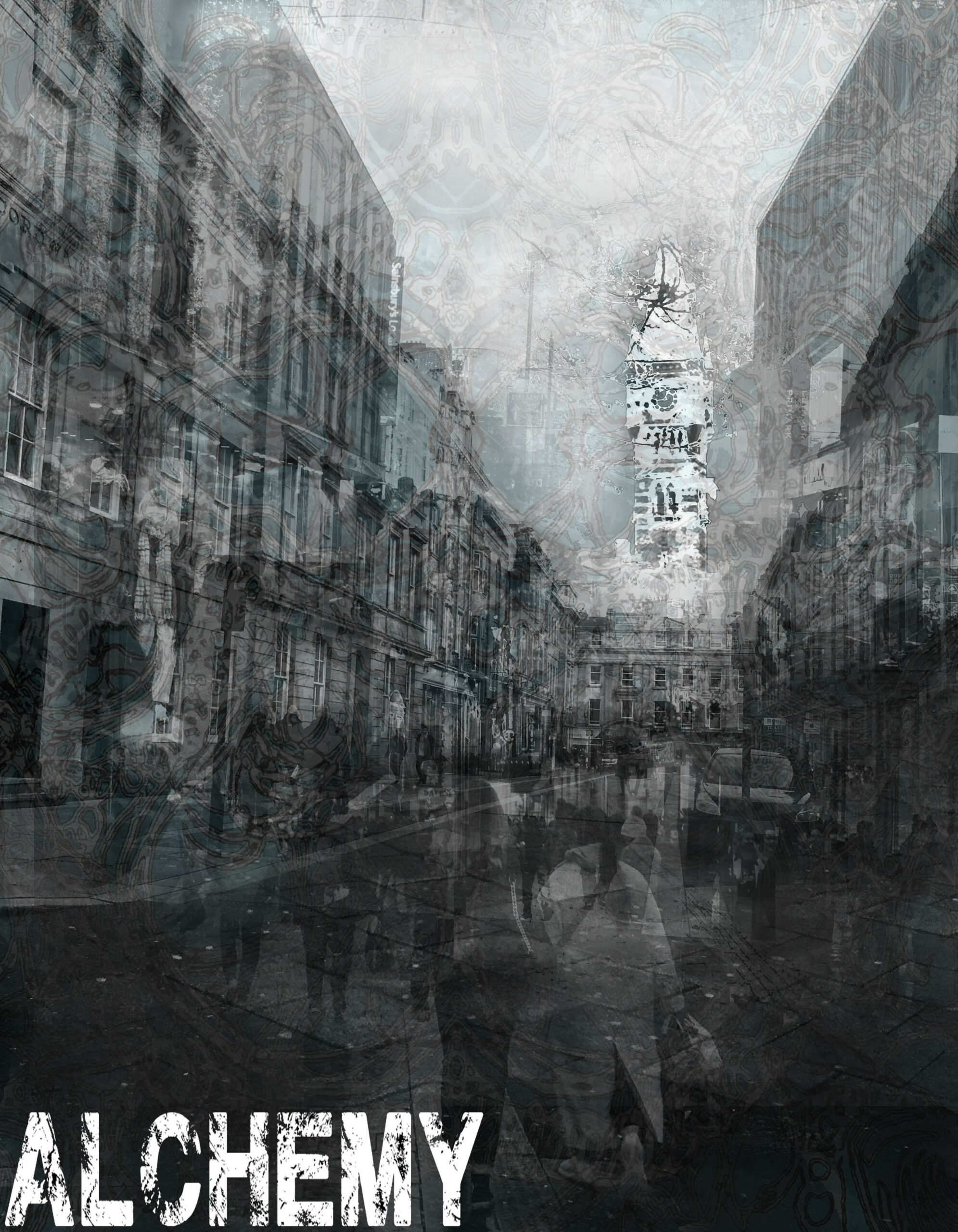 Shildon Town Council are pleased to announce, for one night only,  the ‘Alchemy Young Person’s  Arts Exhibition 22′, in conjunction with Greenfield’s school.

After three years of Covid impacts, it is nice to finally be sharing positive news about this wonderful Arts Exhibition,  featuring the Arts exam submissions for this years Greenfields students alongside, work created by the pupils of Thornhill Primary school, who were all engaged in workshops with Ms Laura Parker – Subject Leader – Visual Arts at Greenfields School.

The ‘Alchemy Arts Exhibition at Shildon Civic Hall, will be open to the public from 1.00pm – 7.00pm  on Wednesday 13th July, so come along and view it for yourself, before it gone, gone, gone…. 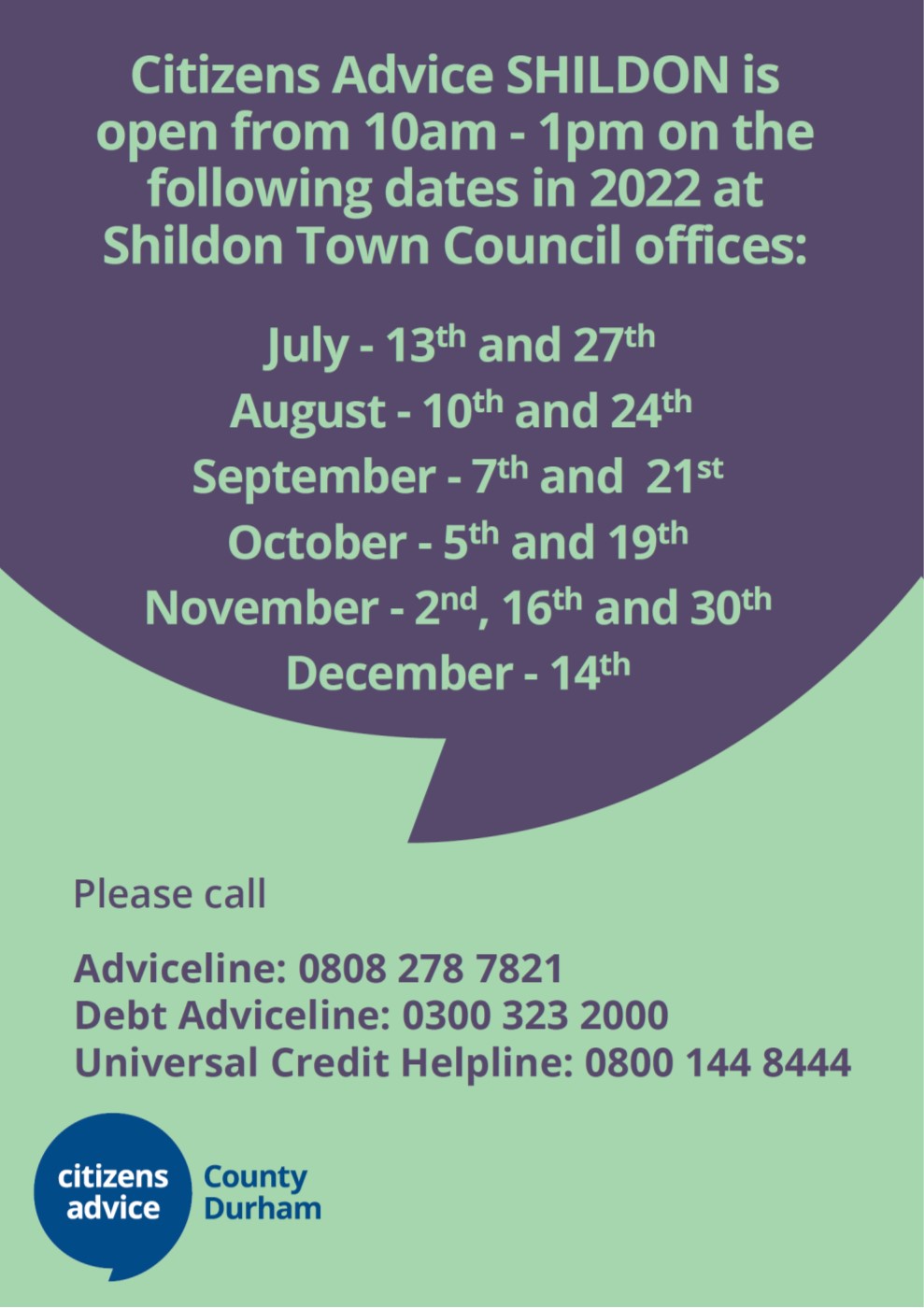 Starting tonight the ‘Shildon Youth Group’ at Foundations Building, 51-55 Church Street, Shildon from 6pm each week.
Its FREE, join the staff for a Pool Tournament, or share your artistic talents by entering the Art Competition or enjoy a game on the XBOX

The next phase of engagement to develop the new children, young people and families’ strategy – Growing up in County Durham, is now underway.

You can find information and a survey on the council’s website at: https://www.durham.gov.uk/article/27541

We’d be very grateful if you could promote this consultation via your networks and encourage people to take part. To help you with this we’ve created some introductory text to include in your emails or websites (attached).

In the next couple of weeks we will be producing a short animation to support communication with the wider public and some easy read materials to be used with children and other groups who might need them. We will share these in due course.

The consultation runs until 10 August. Once complete we will use feedback to finalise a draft strategy which will be available for further feedback in September.

Thank you in advance for your support.

On behalf of Growing up in County Durham Strategy Development Group

Residents across the area will be aware of  Shildon Town Council’s recent engagement with Durham County Council and our community over its opposition to proposals to close the Sunnydale Campus of Greenfield Community College.

Over successive terms in recent decades this Town Council has actively sought to speak up for, protect and seek improvement to the provision of secondary education in Shildon, and though we have no statutory responsibility for the provision of education, we believed that as your elected representatives it has been correct to seek to provide that additional voice on your behalf.

It was with a heavy heart that we, like you, received the news earlier this year that despite our intervention to conduct and provide them with our own survey of our community’s feelings on the matter Durham County Council’s Department for Children and Young People’s Services could not be dissuaded from their conclusion that closing the Shildon site and building a new school, not here but at Newton Aycliffe, was the best outcome for them.

The outcome of Durham County Council’s statutory public consultation on the proposal concluded that across the communities of Shildon and Newton Aycliffe there was a majority of respondents that expressed support, though of course the responses could not be broken down to get an understanding of how the sub-groups of Shildon and Newton Aycliffe parents had responded. Arguably given that this was a cross-site consultation and with the majority of Greenfield Community College parents being Newton Aycliffe residents it could be argued that the consultation outcome would likely be a foregone conclusion.

Though greatly disappointed by this news, the Town Council, being aware that the local authority are not the only potential providers of secondary education, made a decision to investigate whether an alternative body might consider building a new smaller secondary school scaled to meet the potential intake and possible future growth of the town if all known planned developments were to go ahead. Avenues for exploration included Free Schools, Academy Trusts and an extension of Faith School provision.

A number of meetings were held with different providers where we set out the case for building a new school in Shildon. However, without exception, the parties we spoke to all explained that owing to the way that schools are funded in England there was no likely opportunity to apply for, or probability of success in obtaining, funding for such a venture. None of the education providers we spoke to saw sufficient merit for their respective organisations in further exploring setting up a new school here in Shildon.

On this basis, Shildon Town Council feels that, for the short to medium term at least, we must now accept the decision and outcome that Durham County Council have imposed upon our community. We feel we have exhausted the immediately available avenues of enquiry that might have led to a different outcome.

Your Councillors are not, however, as a body resigned to supporting the view that our young people being educated in other towns is what is best for them, and we will continue to monitor the situation, observing how the schools in neighbouring towns perform in providing secondary education to our young people and their families, to watch pupil numbers carefully and to champion a return of secondary education provision to Shildon in future if the landscape of opportunity, or national education policy, changes. 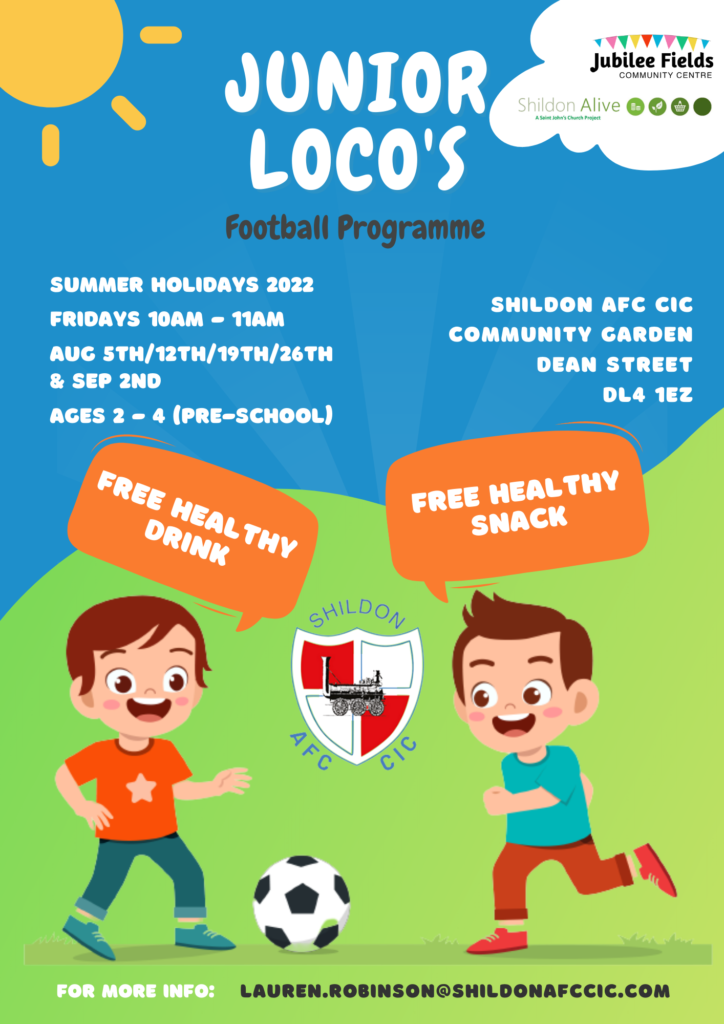